Fire and Ice by Diana Bellerose 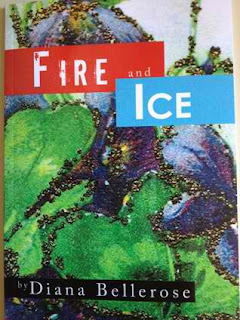 "In Fire and Ice, Nancy, a naïve but resourceful, kindhearted woman, marries her high school sweetheart. As a working wife and mother, Nancy perseveres, despite having an abusive, alcoholic husband."

Nancy and Tom are high school sweethearts who end up marrying.  Tom’s mother has never approved of Nancy and is constantly belittling her to Tom and trying to cause problems in their relationship.  Tom is immature and does whatever his Mom tells him to do.  Nancy is naïve and thinks that love can conquer all.  She finds out that Tom is not the person that she believed him to be.  He becomes an alcoholic and abuses her.  They have a daughter and he still continues his poor behavior.

The story line of this short novel is good, that people aren’t always what they seem to be.  I appreciated that the author showed Nancy as a character who wanted to keep her family together.  However, I do not agree with a woman staying with a man who abuses her.  I was really upset when Nancy stated that every problem in their marriage was due to her in-laws.   Tom was a grown adult who made his own choices, so their problems were created through him, not his parents.  His parents contributed to some things, but ultimately he was responsible for his choices.  The story is told from a third person perspective and I felt that it was disjointed at times.  When the characters did have dialogue, the things that they said were very unrealistic to me.  This is my opinion of the book, it wasn’t the book for me, but you may like it.

You can pick up the print version here.

You can pick up the kindle version here.

I downloaded this book when it was free on amazon.
Source:  Author
Posted by Books Are Sanity!!! at 6:00 AM