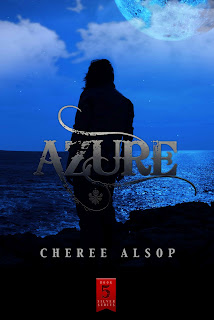 “Werewolves hide among you; it’s a secret we have fought for centuries to keep.  We were almost wiped out once, and know better than to let the secret out again.  But just like humans, werewolves are impulsive and sometimes uncontrollable.  That’s where I come in.  My job is to protect the werewolves and help them live full and happy lives.  There are Hunters and others who don’t believe werewolves have rights and should be hunted and exterminated like animals.  I’ve done what I can to smooth Hunter-werewolf relations, but extremists, fighting rings, and covert agencies feel that the fate of werewolves should be to die, be forced to fight for the entertainment of humans who watch the mutilation and bloodshed like it’s a sport, or be experimented upon to unlock the secrets of our superior strength and increased healing capabilities.

I have seen things that would break me if I didn’t remember what I was fighting for.  I found my father hacked apart by Hunters, and have rescued friends and comrades from fates worse than death.  I feel a noose closing in as though those I care about are in danger, but I can’t find the source of it quickly enough to save them.  There are so many werewolves in trouble, and though my team and the Hunters and werewolves that make up what some consider my private army work night and day to rescue them, it’s not enough.  We need to do more, and so I am creating a team strong enough and smart enough to stop the threats hurled against us by ignorant humans who fear what they don’t understand.

I am a high school student, and my attempt to live a normal life is shadowed by the werewolves who need my help.  Charts of recent werewolf activity hang from my bedroom walls in place of posters.  A computer tracking the rogue packs that intimidate the local wolves and endanger innocent humans sits by my bed.  In place of text books, pens, and paper, my backpack is filled with guns, knives, and the occasional bag of beef jerky (you don’t want to mess with a hungry werewolf).  Instead of studying for classes, my friends spend their days creating high-tech monitoring devices and tracking down the locations of fighting rings, torture chambers, and laboratories.

I have loved with all of my heart, which is the way of the wolf.  I have tracked through fields lit by the light of the full moon as it rested upon my shoulders like a cloak of strength.  I have suffered to see the pains other werewolves have gone through, and almost died saving a human girl who stole my heart and gave me my life back.  I live in the hopes of avenging my father’s death by saving those in pain, and I give every day-”

A sound reverberated through the room.  Jaze Carso set down his pen and a smile spread across his face.  The curtains to either side of the open window swayed gently in the breeze to create dancing trails of moonlight across the page.  Jaze opened his hand and let it play across his palm.  A welcome shudder ran through his body.  He stood as the howl sounded again, more persistent this time.  He took off his clothes and didn’t fight the phase.  His joints shifted, pulling him onto his hands and knees.  His ears elongated and moved to higher points on his head while his muzzle grew and sharp canines lengthened.  Jet black fur ran up his arms and down his body, covering his shoulders and back in a soft undercoat followed by the thick, longer guard hairs.  It felt good to be in wolf form again, like putting on a pair of worn shoes molded by time to fit only the wearer’s feet.  Jaze shook to settle into his wolf form, then stretched.
Another howl rose and other voices joined it.  The notes took on the warm, rounded tones of his pack ready for a night run beneath the welcome embrace of the full moon.  Jaze pushed aside the curtain with his muzzle and the moonlight cast his brown eyes with a golden glow.  Stars glittered within the inky blanket of night and the full orb above washed the city in an other-worldly glow.  Eyes watched him from below, one pair dark blue, another deep crimson red, one set violet, and the last golden and deep with the secrets of the wild.  Jaze gave a wolfish grin and leaped from the window.

Azure is book five of the Silver Series.  Vance’s story is about an alpha werewolf who is torn between his duty to those who look to him for safety or assisting an injured human girl.  Something draws him to save her against his instincts and the need to protect his home after an attack by extremist hunters leaves some of his werewolves dead and the rest vulnerable.  Vance has been in charge of the werewolf hideout known as Two since he was ten years old and sent into hiding to save his life.  When he rescues the injured hunter before she can be killed by the others, he finds his motives questioned everyone, including himself.  Nora is the only person who is not afraid of Vance’s size or strength, and in return she gains his respect.  Through circumstances related to Nora’s past, Vance is pushed to the edge of strength and survival.  Alone in a cell and beaten to the edge of endurance, Vance is befriended by another werewolf who has endured more than anyone should and remain sane.  Vance’s heart is torn through the experience and he suffers between loving Nora and a werewolf who befriends him with the kindness that is greatly lacking in his life.

Azure is a story of strength beyond the endurance of the body.  In a world turned upside down by violence, the choice between what the heart wants and the safest solution can be the most important decision of all.

Find Azure and the rest of the Silver Series at Cheree’s website, www.chereealsop.com.  Cheree can be found at Goodreads here: http://www.goodreads.com/author/show/5395602.Cheree_Alsop
The Silver Series and Cheree’s other books can be purchased through Amazon, Barnes & Noble, and Smashwords in ebook and paperback formats.  Links for purchase can be found on her website here: http://www.chereealsop.com/purchase/

Thank you for participating in the release of Azure, book five of the Silver Series.  I hope you will step into the world of Jaze and his team and experience what it means to love, to survive, to dream, and to live in a world that’s both more beautiful and dangerous for being seen through the eyes of a werewolf.

Cheree has graciously offered to giveaway three ebooks of Azure!  To enter all you have to do is come back to my blog any time between May 7th and May 13th!  You will have to be or become a follower of my blog and leave your email address.  The winners will be emailed and have 48 hours to respond or new winners will be drawn.  Thank you again to Cheree Alsop and good luck!
Posted by Books Are Sanity!!! at 4:00 AM