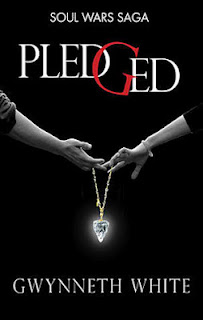 Here is another sneak peek from Pledged!

Jared nodded at Sophia and Kezeah without any sign of recognition. With two of his Pledged up front and two at their rear, he marched them down the corridor to a flight of stairs. Once at the bottom, he ducked beneath an archway, opening onto to a gloomy, narrow tunnel. Erin, never keen on dark, claustrophobic spaces, took a deep breath and paused.
“C’mon,” Seth said. “The sooner we walk through it, the quicker we get to the other side.”
“What happens if what’s on the other side is even worse?”
“Then you’ll know for sure that the dead guys are leading this expedition,” Seth said, wanting to deny the painful burning in his heart that reconnected him with a cursed Jared. He grabbed Erin’s arm and pulled her into the passage.
They’d taken no more than two tentative steps along the uneven floor when Sophia stopped. “Commander, I am not walking through this snake-hole!”
Jared turned back to look at her. With none of the fear or diffidence Erin and Seth expected from a boy with limited to exposure to girls – especially beautiful ones – he answered, “Of course, my lady. You’re from Norin, where I understand you live in grass huts.” He gave a sardonic smile. “But don’t despair, you’ll soon get used to bricks. Even our own Outcasts have learnt not to flinch at the sight of them.” He continued down the passage.
Seth’s mouth dropped at Jared’s rudeness; this was so foreign to the Jared he had seen just moments ago in his vision. It just added to his anger at Reuel’s Curse.
The Pledged at Sophia’s rear prodded her back; she gave him a fierce look and started walking.
For Seth and Sophia, both taller than Erin and Kezeah, negotiating the tortuous twists and turns of the tunnel was no easy matter. Stooping, cursing each time they bumped their heads on the rough ceiling, they struggled after Jared, but he kept up the merciless pace until they reached a dark staircase.
Her temper now as short as her breath, Sophia stopped walking and locked her arms across her chest. “Having just cracked my skull open, you now expect me to scramble up those treacherous stairs too. No doubt hoping I’ll fall and break my neck. Well, forget it. I’m not moving.”
“Sophia!” Kezeah whispered, jabbing her in the ribs as she stepped gingerly onto the first narrow step.
Sophia ignored her. “Only savages and rats live in places like this.”
Jared’s eyes narrowed. “Savages and rats, you say, my lady?”
Sophia set her face into a cold stare, locking her hypnotic blue eyes on his.
He surprised her by holding her gaze. “I hate to disappoint you, my lady, but Lord Rustus, Lord of the Household, under the direction of the Overlord himself, has chosen your apartment. Surely you don’t question their judgment in this matter?”
“As a matter of fact, I do.”
“In that case, I’ll gladly pass on your concerns. If that’s what you really want.”
“Enough, Sophia. This isn’t a fight you can win.” Sophia’s Guardian had joined them. 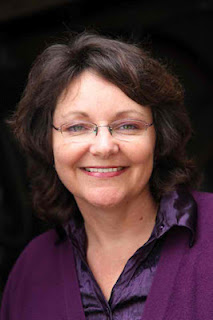 I have spent my entire life living in a parallel universe of make-believe characters, only coming back to reality for long enough to check that no one burnt the house down in my absence. A few years ago I decided to commit some of those ‘friends’ and their stories to paper. The Soul Wars Saga is the result of those efforts. Before that I co-authored two non-fiction travel books – The Complete Guide to 4x4 Trails and The Ultimate 4x4 Guide. Both books became instant best-sellers in South Africa where I live. And before that even, I studied a degree in African History and Politics at the University of Stellenbosch. When I’m not writing, I am a wife to Andrew and a mom to Stephanie, Erin, and Kate, our teenage daughters. My family and I live in a small town outside Cape Town with two dogs, a cat, a horse, and some neglected fish. Now that you know a little about me, I would love to get to know you. Please befriend me at:
Twitter: @GwynnethWhite
Facebook: https://www.facebook.com/pages/Gwynneth-White/172095512890074
Goodreads:  http://www.goodreads.com/user/show/7360328-gwynneth-white
Blog: http://todayinshenaya.blogspot.com
Email: gwynnethwhite@4xforum.com
Posted by Books Are Sanity!!! at 4:00 AM