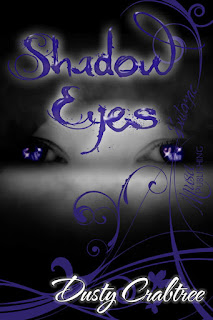 Shadow Eyes Synopsis
Iris Kohl lives in a world populated by murky shadows that surround, harass, and entice unsuspecting individuals toward evil.  But she is the only one who can see them.  She’s had this ability to see the shadows, as well as brilliantly glowing light figures, ever since an obscure, tragic incident on her fourteenth birthday three years earlier.

Although she’s learned to cope, the view of her world begins to shift upon the arrival of three mysterious characters.  First, a handsome new teacher whose presence scares away shadows; second, a new friend with an awe-inspiring aura; and third, a mysterious and alluring new student whom Iris has a hard time resisting despite already having a boyfriend.

As the shadows invade and terrorize her own life and family, she must ultimately revisit the most horrific event of her life in order to learn her true identity and become the hero she was meant to be.

Thanks so much, Crystal, for hosting me on my tour!  I’m happy to be here!

(Everyone, don’t forget to enter the rafflecopter below for a chance to win a print copy of Shadow Eyes, your full name in the sequel, and a KINDLE FIRE!)

First, let me just say I’m not your typical writer with several books under her belt, whose day and night job is pounding away at a keyboard.  I’m an English teacher by day, and writer by whenever I get a chance to write.  Would I like to have more time to write?  Of course!  To illustrate my point, I recently had a bad dream that I was part of a major heist, got caught, and went to prison.  In the middle of feeling immensely guilty, wondering what I’d tell my husband, and thinking about how I’d lose my job, I also thought, “But I’ll have so much time to write!”  Therefore, you can see how my subconscious feels about my writing situation.

Did I always want to be an author?  Not exactly.  I mean, sure, I attempted a story or two when I was a kid, but I don’t think I ever had any serious dreams about being a writer.  It wasn’t until a few years ago when my friend and I had been reading some angel books, namely Fallen and Hush Hush, that the idea even crossed my mind.  And it wasn’t even my idea.  My friend actually said to me (and I’m paraphrasing), “Dusty, you should write a book like the ones we’ve been reading.  You’re smart.  You’re an English teacher.”

Such a simple statement.  Such a small seed.  But once planted, what powerful roots grew in my mind, taking hold of my creativity and weaving it in ways I never thought possible…mostly because I’d never tried.  Only a few days after she’d said that, I had a dream with extremely vivid imagery – a dark, powerful figure with flowing black robes fluttering about him staring across a chasm at another figure surrounded in brilliant, blinding light.  Once I woke up, I had to describe it on paper.  What I wrote eventually became the prologue of Shadow Eyes.

It was like my friend’s idea had been planted, but it wasn’t until I wrote that prologue that the sprout became visible and I actually realized I could do something as crazy as write a book.  From there, my creativity took over and grew that little sprout so fast it was out of control.  By the time I was finished with the first draft and took a step back, I saw the crazy, wild tree that had grown and then began the process of trimming and pruning.  I learned a ton through that process – reading more books like mine, noticing their sentence structure and flow, reading about writing and editing, getting outside help, etc.  I’m still learning, but I do feel I’ve come a long way from the girl who never dreamt of becoming a writer.

As far as becoming a published author?  I could go on and on, but I’ll keep it short.  I sent several query letters, got several rejections, finally got accepted by Musa Publishing, who saw enough promise in my work to take a chance on me and has offered so much in return, and the rest is history. 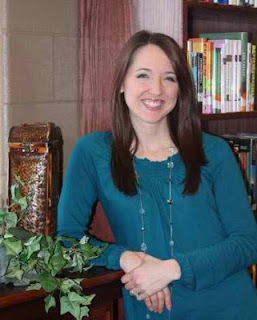 Check out Dusty’s blog at http://dustycrabtree.wordpress.com/
Find her on facebook at https://www.facebook.com/dusty.crabtree.1
Follow her on twitter at https://twitter.com/dustycrabtree
Buy Shadow Eyes at http://musapublishing.com/index.php?main_page=product_info&products_id=176
(also available at all major online bookstores)
View the book trailer at http://www.youtube.com/watch?v=v7UP9A0Fm78


a Rafflecopter giveaway
Posted by Books Are Sanity!!! at 2:30 AM