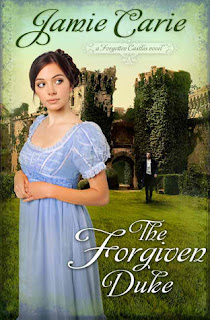 Tethered by her impulsive promise to marry Lord John Lemon - the path of least resistance - Alexandria Featherstone sets off toward Iceland in search of her parents with a leaden heart. A glimpse of her guardian, the Duke of St. Easton - the path less traveled by - on Dublin’s shore still haunts her.
Will he come after her? Will he drag her back to London, quelling her mission to rescue her treasure-seeking parents, or might he decide to throw caution to the wind and choose Foy Pour Devoir: “Faith for Duty,” the St. Easton motto. The Featherstone motto Valens et Volens: “Willing and Able,” beats in her heart and thrums through her veins. She will find her parents and find their love, no matter the cost.
The powerful yet wing-clipped Duke of St. Easton has never known the challenge that has become his life since hearing his ward’s name. Alexandria Featherstone will be the life or the death of him. Only time and God’s plan will reveal just how much this man can endure for the prize of love.

This is the second book of three in The Forgotten Castles series by Jamie Carie.  This book picked right up where the first left off.  I liked that Alex began to realize what she really wanted in this book and that she also began to see others' true characters.  As always, Gabriel (the duke) was my favorite character.  His strength and determination never failed.  I admired his ability to never give up and to come to peace with himself and his condition.  I was so sad for the circumstances he had to endure, but it showed his selflessness and courage.  I have to note that at the end of the book I was so frustrated with Alex!  I was glad that I already had the third book downloaded and ready to read.  Otherwise I would have been completely upset!  A wonderful installment in The Forgotten Castle Series,  I give four stars to The Forgiven Duke.

You can pick up The Forgiven Duke via Amazon or Barnes and Noble.


Source:  Netgalley; I was under no obligation to review.
Posted by Books Are Sanity!!! at 2:30 AM