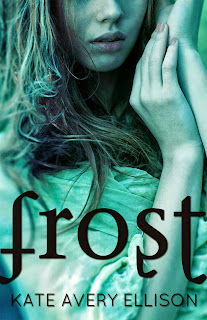 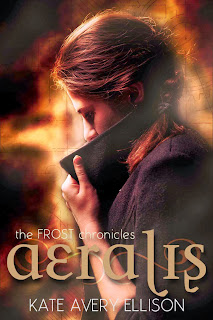 In the icy, monster-plagued world of the Frost, one wrong move and a person could end up dead—and Lia Weaver knows this better than anyone. After the monsters called Watchers kill her parents, she must keep the family farm running despite the freezing cold and threat of monster attacks or risk losing her siblings to reassignment by the village Mayor and his council of Elders. With dangers on all sides, she can’t afford to let her emotions lead her astray. So when her sister finds a fugitive bleeding to death in the forest—a handsome young stranger named Gabe—Lia surprises herself and does the unthinkable.

She saves his life.
And it changes everything.

Now, in the final chapter of Lia’s story, she faces her greatest challenge yet. Her beloved brother is dying, and when an unexpected enemy appears in the Frost and threatens her sister’s life, too, Lia must travel to Aeralis, the world of the Farthers, to save her family.
Buy Aeralis from Amazon: http://tinyurl.com/n7tpn85
Buy Aeralis from Barnes & Noble: http://tinyurl.com/o237m4q

The entire Frost Chronicles series—Frost, Thorns, Weavers, Bluewing, and Aeralis—are now available! But the story isn’t completely over. A few Frost novelettes are slated for release later this year, giving perspective from other characters during the events of the series. And there’s a contest! Two fans will have novelettes dedicated to them personally.

If you want to have a Frost story dedicated to you, enter this contest on Kate Avery Ellison’s blog to win!! http://tinyurl.com/ms6yyux

Kate Avery Ellison loves cats, zombies, and taking walks in the rain. She likes her chocolate and her fantasy dark. She makes her home in Atlanta, GA, with her handsome, geektastic husband and two bad cats. Connect with her at:
Blog: http://thesouthernscrawl.blogspot.com/
Facebook: https://www.facebook.com/kateaveryellison
Twitter: https://twitter.com/Katiewriting
Goodreads: http://www.goodreads.com/author/show/4863270.Kate_Avery_Ellison
Posted by Books Are Sanity!!! at 1:00 AM