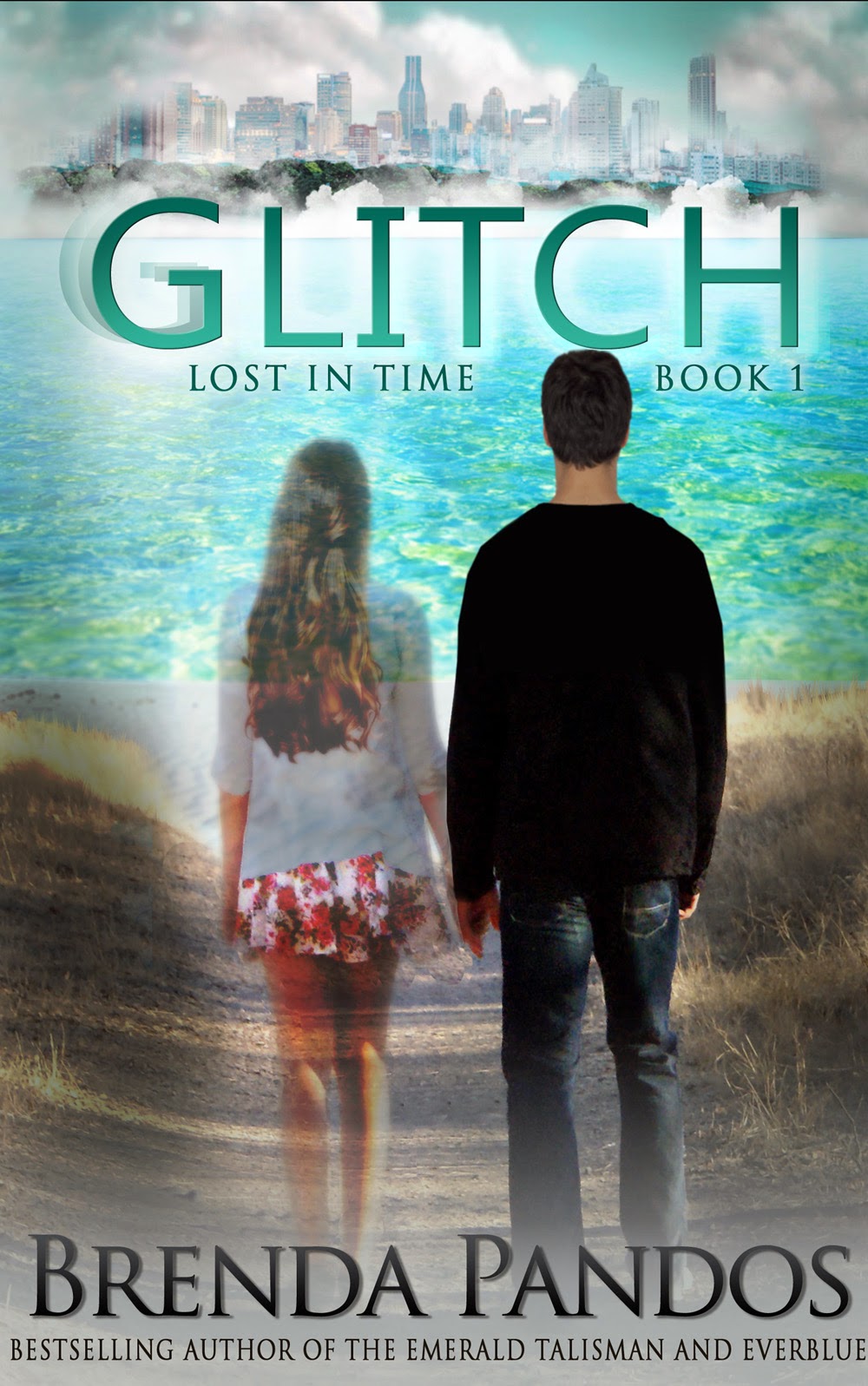 When a mysterious guy from the forbidden zone sneaks an illegal slip of paper to a beautiful young girl from Brighton, she must decide if she should turn him in or follow what the note says.

Eighteen-year-old Abby has no trouble following Brighton’s rules. For one, she’s OCD about checking her Date of Death clock, making sure her decisions never shorten her timeline, and two, she enjoys the peace Brighton has to offer. In no way would she bring on another attack that destroyed earth’s inhabitants like her predecessors. But when her best friend returns from her Advice Meeting--a glimpse into the future--shell shocked and won’t tell Abby what’s happened, she’s worried what awaits her Advice Meeting in a few days. The stranger with blue-eyes knows something, but does Abby dare enter the forbidden zone to get answers? It's infested with zombies, or so the Elected Agency says, yet there hasn't been sightings in years.... Those who enjoyed Divergent, Hunger Games, Time Travelers Wife and Walking Dead, will love Glitch.

Check out the Excerpt and enter to win a signed copy!
GRAB GLITCH TODAY AT THESE RETAILERS!

(iTunes and the Paperback will appear shortly)
“So much happens in this book that you are just hooked and can't stop reading.” -Adriana
“This is a zombie story with a difference.” -Claire
“Recommend for all age fans of paranormal, zombies, dystopia and time travel!” -MS


Keeping my eyes on the ball, I tripped on something hard and round. My ankle twisted, tipping me over, and I fell directly into the foliage. I half-expected to land on solid ground beneath my butt, but all that was there was air. Then I thudded onto the rocks and continued sliding down a sharp decline. Tumbling over, I slid head first into the dry creek bed with an oomph.
Once the momentum stopped my body and the racing of my brain lessened, pain ricocheted everywhere. I bit back a wail and tears trickled down my cheeks. Beyond the stars flickering over my vision, birds jostled the leaves of the trees, taking flight in the bright sky. With my head spinning, I lay still, afraid to get up. Thoughts of a trip to the hospital and a cast from ankle to thigh rocked through me. Just my luck to break something right before my Advice Meeting.
“You okay?”
I startled at the male’s voice and gasped, struggling to right myself. Something other than pain jolted down my side as cool, blue eyes under a shock of dark hair met mine. My breath caught and I forced down a swallow. Cute—so cute. I couldn’t form anything coherent for a second, other than zombies didn’t talk.
“I—I’m fine.”
He quirked his head, scanning the length of my body. “I doubt that.”
Warmth rushed through me while under the gaze of this mysterious guy and my brain filed through all the faces of my potential mates online. His was one I’d definitely remember, especially with those eyes, and yet this was the first time I’d seen him. How did he escape my stalking? Was he on the unapproved list because of his blue eyes? From another province perhaps? One thing was for sure: he most definitely wasn’t a zombie.
“Here.” He reached for me and clasped my hand. His grip was strong and warm as he pulled me to my feet. But there was something between our palms, something flat, yet stiff with pointed edges.
He squeezed my hand hard and leveled me with a convicted look. I felt a rush of blood hit my cheeks when he held on a little too long.
“What is this?” I peered into his anxious eyes. Did he expect that I should know him? What was between our hands?
“Shhh—” he said, cautiously. “I just—need to tell you—”
He looked around nervously, then dropped my hand when the shouts of my teammates called from the ridge.
“Abby?” I heard Elle scream above the rest. “Are you okay?”
“I’m fine,” I called while my heart revved to a sprint. I fingered the thing he’d given me, trapping the evidence inside my palm, as my chest filled with terror. My mouth opened and shut, then I scanned the trees for hidden cameras. If I was caught with what I’d suspected he’d given me, we’d be arrested, no questions asked.
The strange, cute guy moved backward into the trees, blending in with his grey and black clothing. I wanted to ask him where he was going. The only thing echoing in my head was the Civilian Handbook.
Rule 6.1: Paper is illegal. To not make, manufacture, or use paper in any way. Report all violations of this law, or suffer a year in prison.
The sweat in my palm softened the pointed edges of the note. If I kept my hand closed, the EA wouldn’t see. But then how could I read what it said?
“Abby?” Elle screamed again. “Where are you?”
I moved away from the guy and back toward a trail leading up the side of the ravine to the field in a rush, panicked over the paper, panicked over everything.
“I’m coming.” I warred with a weird sense of being torn. My numb feet stumbled forward, knowing the correct response would be to run and report him. Another part of me wanted to help him. He wore vintage clothing from the pre-zombie era and black Converse shoes I’d kill for and had only seen in the museums. Where in the heck did he get his hands on paper? And why would he trust me with it? One quick glance at his wrist—no DOD watch. I wanted to ask him, but then I knew the EA was listening. Time ticked on slowly as we looked questioningly, into one another’s eyes.
When I looked up the trail once again, my teammates’ feet were rushing toward me, stirring up dirt everywhere. I turned back to the guy one last time, but the blue eyed stranger was gone.
His note, though, burned in my palm. And then, as the girls rushed down the trail toward me, terror flooded me. If I were caught, I’d be detained for who knows how long. I moved to the tall grass, stooped over to pick up my glove and stuffed the note under a shiny black rock, praying no one would notice.


Scrawled in charcoal, I read, “Don’t meet your future self tomorrow. Please.”