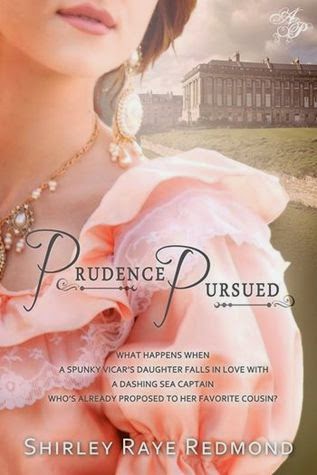 At the advanced age of twenty-seven, vicar’s daughter Prudence Pentrye is on the shelf. Content to occupy her time by attending meetings of Mr. Wilberforce’s Abolition Society and helping her father administer vaccines in an effort to prevent a small pox epidemic, Prudence is resolved to see that her younger cousin Margaret does not share her own unmarried fate. But Margaret is plain and shy. She is repulsed when a swashbuckling baronet, Sir James Brownell, makes her an offer of marriage. With his sunburned skin, eye patch, and indifference to fashion, Sir James is not Margaret’s idea of a romantic suitor. Nor does Margaret enjoy his tales of fighting against Malay pirates and trekking through tropical jungles on the island of Borneo in hopes of capturing a living orangutan. Prudence, however, finds herself secretly smitten. Will she maintain control of her traitorous heart or will she trust God to make her life richer and more rewarding than the one she had planned for herself?


I just finished reading this book and it is not your typical regency! Prudence is much older than most girls and is content that she will never marry. She goes to Bath to encourage her cousin to accept a fortuitous marriage proposal. What ensues is an interesting and quite different story than I imagined! Redmond included some historical details about vaccinating against smallpox that were an integral part of the story, I really enjoyed that. As far as the story goes, there were a some slow parts where I had a hard time continuing on, but towards the end it really picked up speed and I raced to finish it. I was left longing for just a bit more but I am a reader who wants all the details! Overall, a very nice regency from Redmond!