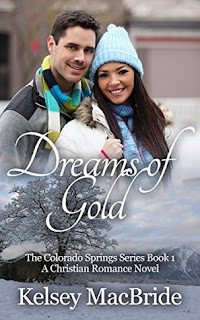 In this first book, Brenda Wagner suffers a devastating accident during an ice skating competition. Her dreams of qualifying for the Olympic skating team are shattered when her doctor tells her she will never skate again, let alone walk like a normal person. Brenda refuses to accept her doctor’s diagnosis and struggles through physical therapy to regain the use of her legs. But progress is slow and Brenda fears she may never walk the same again. Almost a year later, to everyone’s surprise, Brenda has learned to walk by herself. Brenda has high hopes of returning to the ice. But Pamela, her skating coach, is skeptical and tells Brenda that she will coach Brenda only on one condition. That she skate with a partner who can work with her new disabilities. Brenda reluctantly agrees, knowing she has no other choice. But her new career in pairs skating takes on a new twist when she finds out Pamela has chosen her ex-fiancé Scott Nichols as her new partner.
Scott Nichols is a skating instructor at the local ice rink. He loves Brenda with all his heart and even proposed to her years ago. But when he left her standing at the altar because of a personal emergency, Brenda never forgave him and broke off their relationship. While Scott still suffers the sting of being scorned by his ex-fiancé, he refuses to give up on love and hopes that Brenda will change her mind someday. To his surprise, Coach Pamela asks him to be Brenda’s new skating partner. Scott rejoices at the opportunity to win back Brenda’s trust and her love. But can he soften Brenda’s hardened heart, or will they only maintain a professional relationship?

So I downloaded this as a freebie from Amazon. I was super excited because it was a clean Christian novel about ice skating! However, while the premise of the story is intriguing, it quickly became apparent to me that the book needed some serious editing. There were huge problems with the continuity of Brenda's medical issues. She was in the hospital with a shattered hip bone and broken tibia and then she gets up and tries to walk? And when she gets released from the hospital and "toddles" from the car to her house yet starts physical therapy and is confined to a wheelchair? Someone who has those serious injuries would not be able to walk at all. There are serious contradictions with that. The other issue I had was there were holes of time where as a reader, I could not tell if it was the next day or if weeks or months had passed. There needed to be obvious breaks or contextual clues for the time passage. For example, Brenda gets home from the hospital and falls asleep. When she wakes up her mom asks her if she wants to watch an old movie and Brenda thinks back on the old movies they have watched in the past few days.... but she just got home the day before! Too many inconsistencies for me, Macbride needs a good editor! The entire book read like I was being told what was happening, not experiencing it along with the characters. Also, this book should be labeled a prequel because all you get is a background story and are left with a literal cliffhanger. I felt like this book was free in hopes I would buy the next two thirds of the story. This has the makings of a really good book but it needs some serious work.