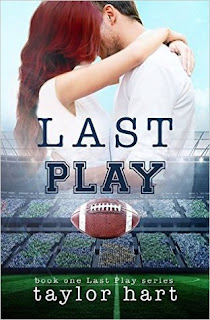 Roman Young, quarterback for the Dallas Destroyers, doesn’t expect to get a gun shoved in his face by the beautiful red head, Katie Winters, when he arrives to sell the Inn he inherited from his uncle in Wolfe Creek, Utah. But, he’s not surprised, either. It’s the way his life has been lately. Just ask the tabloids that have happily reported his shattered knee, his wife's affair, and the car accident.

Unfortunately, Katie is wearing a wedding ring. Not that he noticed. He doesn’t know why he doesn’t tell her about the fact he’s selling the Inn, even after she shoves a list of supply demands into his chest and rambles on and on about all the projects they have to do.

When he discovers her husband passed away a year ago, and her seven-year-old son asks him to come to dinner and movie night, things start to change. Or did they start to change when Katie took him sledding? Or when all he could think about was kissing her? Now he has to make a choice—keep ignoring the truth—or try one Last Play.

The Last Play by Taylor Hart

I really enjoyed this book about a professional football player Roman Young and a small town girl named Katie Winters! This is the kind of book I love to read! The story moves quickly and the chemistry between Roman and Katie is so real you cannot help but become drawn into their story! I liked how both Roman and Katie has issues they needed to work through, neither one was perfect which made the whole situation feel authentic. Grab your favorite reading spot because you won't be moving until you have read the last word!  I look forward to the next book in the series!