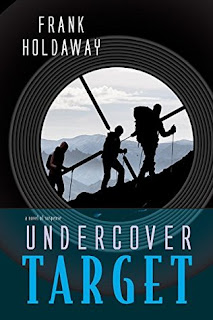 
When Matt Knight left his career as a spy to marry the woman of his dreams, he thought he was in for a life of domestic bliss. But after adopting a baby girl and her teenage brother from China, he finds that being a father comes with its own set of challenges—problems that his work as an antiterrorism agent did nothing to prepare him for. Or so he thought. When a Scout campout with his son takes a terrifying turn, Matt realizes his past and present have just collided, with devastating consequences. Deep in the rugged mountains of Utah, a band of mercenaries lies in wait. The target: Matt Knight. Their orders come from a dangerous enemy from the former agent’s past, one who is bent on destroying everything Matt holds dear. While struggling to protect his son and the other Scouts, Matt is horrified to learn the full extent of the plan: his wife and baby have been taken too. Now the agent-turned-family man must draw on his years of combat training in an explosive battle to save those he loves—or die trying.


Undercover TargetI really became engrossed in this book quickly! The action and intensity starts from page one and does not let up until the very end! The author had me on my toes wondering how everything would resolve itself and man the surprises had me reeling! This book is action/suspense at its best! I was rooting for Matt and Peng the entire time! Permelia was my absolute favorite character, she was hilarious and kept me smiling! Everyone should have a Permelia in their life! I need another story with these characters because they have become my book friends! From Boy Scouts to moms, dads, teenagers and grandparents, this book will become a favorite of any reader, male or female!