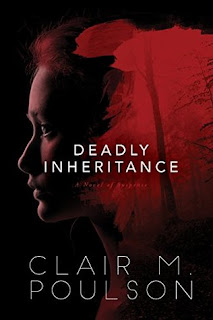 Andi Buckner and her twin brother, Bolden, have had enough of the rough streets of Detroit. When they can no longer bear the drugs and abuse within their home, the twins make their escape: Bolden to the military, and Andy to wherever the wind takes her. With few belongings and no specific destination, Andi eventually finds herself across the table from a kind old man in a quaint café in Spring Hollow, Montana. Louis “Gramps” Granger, a retired cop, takes Andi under his wing. Andi soon finds a peace she’s never known as she roots herself in the small town, working at the café and living in a cabin on Gramp’s property. But her peace is short-lived. . . When an enemy from Gramp’s past murders the old man, Andi’s need to see justice served draws her into an investigation far beyond her own abilities. But hundreds of miles away, her twin brother senses her despair and heeds her silent plea for help. Andi is soon reunited with her brother as well as with Bolden’s friend, private investigator Mason Crowther. Together, the trio delves into a mystery and soon discovers that the murderer’s motive goes far deeper than any of them imagined. With the truth almost within reach, they find themselves directly in the path of a killer who will stop at nothing to finish what they’ve started. . . .

My Review:
I have been a long time reader and supporter of Poulson and his writing. I was happy and excited to read his newest release, especially since it had the whole twin thing going on and was set a in a small, rural town. It seemed like the perfect setting for a good mystery! I really liked Andi and her twin brother Bolden. They could sense when the other one was hurting, scared or in danger, that part was pretty cool. The murder mystery was a tangled web of I have no idea who could have actually done this, it went it a lot of different direction. It seemed like it could be many different people, so that aspect was good because it wasn't an easy one to solve. My one major issue was the way the book was written. I felt like it did a lot more telling than showing going on. The conversations didn't seem authentic to real life and I felt like it was too contrived. While I still enjoyed the story, that detracted big time for me and it was much harder for me to enjoy the book.