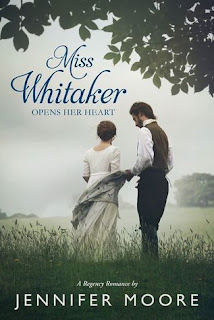 As a young child bound for a strange country, Sarah Whitaker dreamed of life with her father on his sprawling Australian ranch. But her hopes were shattered when she learned of his death and of her new role as heiress of the largest sheep farm in New Wales. Orphaned in a land greatly populated by petty criminals exiled from England, the future seemed grim. But now, ten years later, Sarah has defied the odds and become a successful businesswoman much to the chagrin of her male counterparts. Hardened by the dishonesty of both her fellow ranchers and the felons in her employ, Sarah has learned one important truth: no one is to be trusted.

Daniel Burton is a lucky man. Sentenced to death for his role in a horse-race scandal, Daniel was granted reprieve thanks to the influence of his wealthy relatives. Now, rather than death, Daniel faces exile in Australia an opportunity to put past mistakes behind him. But when he purchases land with the intention of farming it, he unwittingly arouses the wrath of his new neighbor, Sarah. What begins as a battle of wits, however, soon becomes a warm friendship and perhaps something more. But when Daniel's secret past is revealed, will Sarah be able forgive yet another deception?

I was pleasantly surprised by this new and interesting world that Moore took me to! I am used to reading regency era novels set in England and this one is an adventure in and of itself simply by the setting being in New Wales. The idea of free people and then convicts who have been banished living and working together was unlike anything I have ever read before. I really enjoyed Sarah's story, it was unlike any I have ever read. Unraveling her feelings and background took time and patience and I was right there with Daniel, trying to figure Sarah out, step by step. I think any regency fan will love this book set in Wales! It is refreshing and full of unique perspectives you will not find in other books!