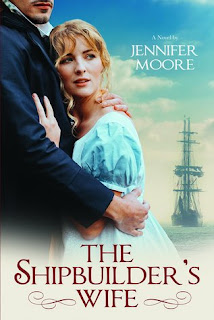 The day of her parents' garden party dawns bright as Lydia Prescott eagerly anticipates a marriage proposal from a handsome and wealthy plantation owner. The lovely debutante plans to steal a moment away with her beau, but her plans go terribly awry. Instead of her intended, she is joined by a stranger the largest man she's ever laid eyes on. And it is clear Jacob Steele is there for reasons far more sober than the party. With British raids erupting all around them, it is his job to reassure plantation owners of their safety. In reality, however, Jacob is an espionage agent, and the truth is dire: America is on the verge of invasion by the British.
Blissfully unaware of the danger surrounding her, Lydia basks in the glow of her recent engagement. But her joy is short-lived—a surprise British attack results in a devastating wound, and her plans for the future are shattered. Lost in her devastation, Lydia could never dream that Jacob, that giant of a man she met so briefly, would prove to be her saving grace. And with a war raging around them, she may be called upon to save him too.

I was swept away into Lydia's story and I didn't want to come back! Lydia is a beautiful debutante and has her future mapped out for her, until an unexpected British attack shatters her plans and her own confidence. Enter the handsome Jacob, a man she has only met once before. Together they may be able to help each other through their own issues, and a war raging around them as well. But can they let go and learn to trust each other? A prevailing theme throughout the book is who can you trust? And Moore kept me wondering and guessing the entire time! I loved the historical details but more than that, I enjoyed how Moore portrayed such emotion and feeling throughout the novel. The characters became real and that is the mark of a great book!

Source:  Publisher for review
Posted by Books Are Sanity!!! at 1:30 AM