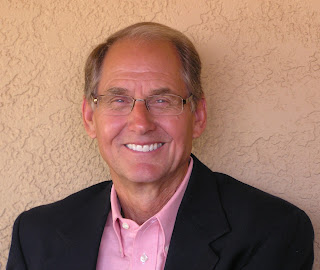 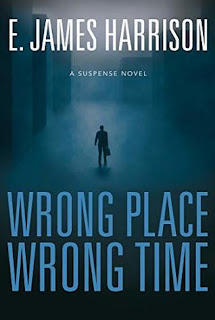 The first idyllic hours of Greg and Marena Walker’s Caribbean vacation are filled with turquoise water, sand as soft and white as powdered sugar, and gentle ocean breezes. But all too soon the Walkers find themselves in the wrong place at the wrong time. Now they are running for their lives . . .Scott Vaughn has made a lucrative career of secretly transporting illegal materials. Pay him enough, and he’ll move whatever you want from anywhere to anywhere. And though he has never met the Walkers, he needs them dead. His future depends on making certain they don’t have one.Wayne Hovey desperately wants Scott Vaughn—alive is best; dead is acceptable. And luck has handed him the perfect bait: Greg and Marena Walker.In a heart-pounding game of cat and mouse, each player is driven to succeed, never realizing they are all pawns in something much larger—and more dangerous—than any of them knows.

This is the first book that I have read by Harrison and I was impressed! This is an action/suspense novel on a whole new level. I was hooked from page one and completely embedded into this drug running/illegal transporting world. Trying to figure out the big picture and wondering how the Walkers would ever survive kept me page turning until the very end. Never before could I imagine being on a beach vacation and stumbling onto a murder and known drug runner! But Harrison easily transports the reader into crazy heart pounding situations that keep you on your toes the entire time! This is an action/suspense novel that you do not want to pass on, so I suggest grabbing a copy! You will not be disappointed!

About E. James Harrison:
I grew up on the west side of Salt Lake City in a pretty typical family.  My dad worked most of his life in a factory, my mom was a homemaker and my three sisters were...sisters!  The two older ones were always bossing me around and I always had to give in to my younger sister.  (They may not remember it exactly like that, but it's true--really!)  A mom and three sisters means a lot of estrogen in a house, so during my preteen years my dad and I would escape whenever we could to the quiet of the mountains and deserts of Utah pursuing my dad's favorite hobby--rockhounding. Saturday's meant trapsing over desolate ground and blasting old cans full of holes with a .22 rifle.
My early teen years were filled with pimples and the clumsy awkwardness of getting to know girls and for the most part, those are years to be forgotten.  It was during my high school years that two great things happened in my life.  First, I discovered airplanes and boats--two things I thoroughly enjoy to this day.  But second, and by far the most important and best thing that's every happened to me, was I met my wife, Debbie. (That's a picture of her over on the right.)  I met her in a geometry class. The teacher sat us alphabetically and I ended up in the desk behind her.  Had there still been ink wells in the desks, I'm sure I would have dipped the tips of her long dark hair in the ink in an effort to attract her attention.  With no ink I had to satisfy myself with untying the bows made from ribbons that she used to tie back her hair.  I succeeded in getting her attention, and ultimately convincing her to marry me, but not for several more years.
After high school there was a year of college (University of Utah) and then two years as a missionary for The Church of Jesus Christ of Latter-day Saints.  Returning from my missionary responsibilities I shocked everyone--including myself--by being accepted to Brigham Young University.  And that's when I first discovered writing.  I had no idea what I wanted to be when I "grew up," but the fiancée of one of Debbie's roommates was majoring in public relations.  I had no idea what that was, but it sounded fun so from then on I told everyone I was a public relations major.  I thought it would be a bunch of back slapping and socializing. Little did I know that English and writing are at the heart of public relations.  And the rest, as they say, is history.  I ultimately got an Associate degree in public relations and a Bachelor degree in creative writing.
a Rafflecopter giveaway
Posted by Books Are Sanity!!! at 1:30 AM