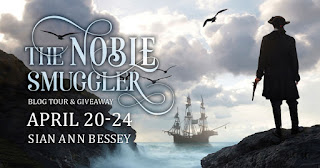 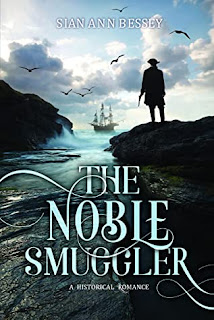 Despite living at her father’s inn her entire life, Elizabeth Doyle has always managed to avoid involvement with the smugglers who frequently gather there. Until now. When a handsome smuggler is brought to her with dire injuries, Elizabeth risks everything to hide him—completely unaware that the wounded man is not who he appears to be. When an opportunity arises to infiltrate the notorious smuggling gang he believes caused his father’s death, Jonas Ainsworth, the Viscount Langton, pretends to be one of them. But when he is wounded midcharade, Jonas’s life is placed in the hands of an unlikely savior: a smuggler’s daughter. Forced to flee before his wounds have fully healed, he does not think he will ever see her again—until she appears on his doorstep, seeking safe haven. Divided by their social standings yet united in their mutual desire to expose the leader of the smuggling ring, Jonas and Elizabeth are undeniably drawn to each other. Neither realizes, however, that they are dangerously close to uncovering explosive secrets from the past—secrets that will alter the course of their lives forever.

Bessey has created a well-written captivating story that I could not put down! Elizabeth is a strong, courageous, and beautiful soul who is resilient, kind, and the type of person one would aspire to be like. From the very beginning when we meet her and Jonas I was so curious as to how their paths would cross and where their story would go. Bessey flawlessly tells not only Elizabeth's story, but Jonas' as well, all while building this world that became so real to me I never wanted to leave. The Duchess of Kelbrook and Lady Langton were just as bright and vibrant as well. Every character is memorable in my mind and brought the story to life! From the dangers of Little Tilbury to the mutual attraction between Elizabeth and Jonas, The Noble Smuggler has elements of love, compassion, danger, heart break, anger, justice, and surprise! There is so much more to this story than meets the eye. Bessey always has something up her sleeve that I never see coming and that is what keeps me coming back for more!

Check out the author here.