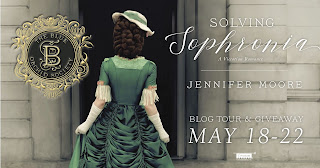 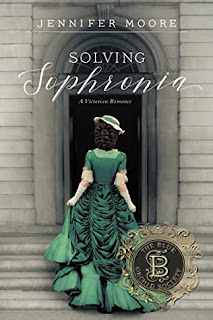 Lady Sophronia Bremerton is a far cry from the typical debutante, but she's the toast of London's upper class for one simple reason: she's a society columnist for the London Illustrated News, and the gentry loves seeing their exploits printed in the gossip pages. But Sophie has bigger plans - she aspires to be an investigative reporter. When a stuffy ballroom at yet another Season proves to be nothing more than the usual rumor mill, Sophie seeks respite in the library alongside four other young women who, for their own reasons, are also looking for escape. As the conversation turns to their secret ambitions, the women form a sisterhood and a bold plan: they will make their dreams a reality, no matter the obstacles. Thus begins the Blue Orchid Society.
Hearing of a murder in a London rookery, Sophie seizes the opportunity to prove her skills. Detective Jonathan Graham doesn't believe a civilian, a noblewoman at that, should be anywhere near a murder investigation, but Sophie insists on helping bring the killer to justice. Her investigative prowess doesn't go unnoticed by the police, especially Jonathan, who can't decide whether this intrepid reporter is a thorn in his side or the woman of his dreams. But as the case grows more complicated and dangerous, their very lives - and their hearts - may be at risk.

Moore beautifully and brilliantly introduces each character in the Blue Orchid Society and tells a whodunnit tale like no other! Her friends are a great set of "misfits" for their time period and I loved how the Blue Orchid Society was formed on the spot. Sophronia is an intelligent and heartfelt character that any woman can relate to in some form or fashion. I was impressed with how Moore accurately expresses the plight of a woman in the Victorian era in a way that the modern reader can easily understand. Sophie just wanted to be seen for who she was instead of being told what she can or cannot do. This is a fascinating read that I could not get enough of! I was on the edge of my seat trying to solve the string of murders along with Sophie and Detective Graham and whoever you think did it, think again! Moore serves up a slice of whoddunit pie with a side of romance with Solving Sophronia! It will keep you reading until the very end and leave you gratified!


You can pick up your copy via Amazon.


Also pick up a copy of Emmeline which is FREE now until the end of the month! This is The Blue Orchid Society #0.5, a prequel to Solving Sophronia! >>https://amzn.to/2Kekqmy