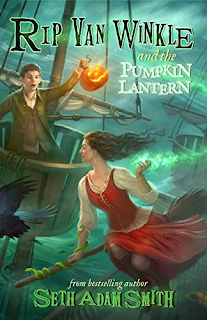 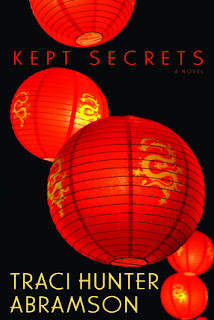 
Unexpectedly reunited after six years, high school sweethearts Devin Shanahan and Grace Harrington cross paths and have a whirlwind wedding. A lot can change in six years, however, and they must figure out how to make their two independent lives mesh.Unable to disclose his CIA job to his new wife, when Devin is assigned a top-secret mission to Hong Kong, he tells Grace part of the truth: that he is going to work abroad for six months in finance. But when the mission turns deadly and Devin doesn't know whom to trust, he must make the most difficult decision of his life in an effort to keep Grace safe. Will the seeds of deception prove destructive to their newly formed marriage? And will the love that brought them together be the very thing their enemies use to tear them apart?

Ultimately this ended up being a book I tried to put down so I could live life and it just wouldn't let me! The story of Devin and Grace became so engrossing that I had to keep reading until the end. Devin becoming this undercover spy in Hong Kong that he had no intention of being and Grace all on her own in New York with no idea what Devin was truly doing! The love, fear, the unknown, and having to trust it would all work out somehow? So much was happening in this book! Abramson spins a fantastic tale that kept me on my toes the entire time! A romantic suspense like no other, Kept Secrets is the best book I have read in the past few months! 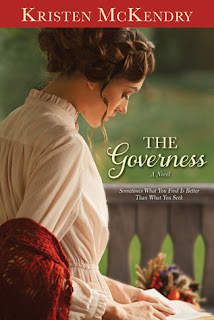 For Kate Porter in 1880s Canada, working as a governess is simply a means to an end, and she aspires to a high-society future that will lift her out of her middle-class existence. When she accepts a new position as tutor to Alonzo Colaco's children, she sees it as a step in the direction of her dreams. She eagerly envisions a grand house awaiting her...but when her new employer meets her at the train station driving a gaily painted gypsy wagon, Kate suspects her new job will not be all she anticipated.Kate finds herself living in the woods in a refitted train car as she teaches the charming children of Alonzo, a tinker by trade. After trying in vain to secure another job, Kate is left with little choice. She must simply bide her time until a better position comes along. Soon, however, she abandons her preconceptions along with her bustle in favor of the joys of a simple life---and the possibility of true love. But when opportunity knocks, will Kate really be ready to walk away from all she has come to care about to pursue her high-society dreams?

This book is unique in its setting and unlike any other I have read in this genre! That being said, I adored it! I loved Kate and her struggle to figure out how to support herself and where she fit in in society. The predicament she finds herself in being employed by a tinker and living in a train car was so very unexpected! Yet Alonzo was a dream with his good looks and beautiful, well-behaved children. I appreciated how Alonzo was so straight forward and was unafraid to say how he felt and what he thought, regardless of society's opinions. Kate's journey to figure out what was most important to her was emotional and full of ups and downs. A surprise ending was just the key to wrap up this wonderfully different story that I cannot stop thinking about! I will definitely recommend this book to any of my regency loving friends!


a Rafflecopter giveaway
Posted by Books Are Sanity!!! at 1:00 AM No comments:

For Sale by Owner by Marlene Bateman, Blog Tour & Review 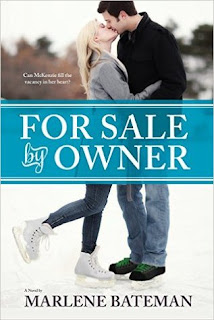 McKenzie Forsberg is headed home. She's quit her big-city job to return to her roots in the small town of Lake Forest. Kenzi hopes to buy her childhood home from her brother, Tom, as a way of revisiting the peace and security she's been missing in her life. But soon she is shocked to discover that the house has a pending sale, and Tom won't budge from the sale—not even for his sister.Handsome widower Jared Rawlins catches Kenzie's eye until she realizes that he's the one who is buying her house—but he can only close the deal if he sells his own house by Christmas Eve. Jared is more than a little interested in Kenzie but has second thoughts when it seems that she may be sabotaging the sale of his home.Slippery feelings of animosity and distrust ensue, with both Jared and Kenzie denying the chemistry between them. But then an unexpected discovery about their connected past puts a new twist in the dynamic. Now, can they put their differences aside and come to terms on a relationship that could last forever?

The cover really sold me on this book, I saw a cute couple and ice skates and I was in! The story started off well and it caught my interest right away. Kenzie and her daughter Sara were off to start a new life in her hometown where her parents and brother lived. Add in the two year old grudge with her dad, a cute single dad Jared, who happens to be buying the home she wants and some other drama to make the story even more interesting! I quickly figured out where the story was going and somewhere around the middle of the book the author lost my undivided attention. While it was a disappointment to have it figured out, the story was still a good read, the pace just lagged a bit in the middle for me. The last quarter of the book made up for it and overall it was a pleasant read! The characters were the best part of the story and it was fun getting to know Kenzie and Jared.

The King of the Friend Zone (Power of the Matchmaker) by Sheralyn Pratt, Book Review 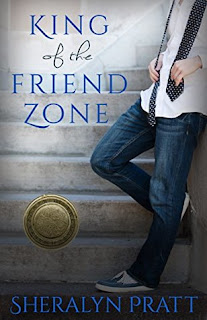 Esme Taylor has an amazing fiancé, a lifelong best friend, and a problem. The problem stems from the fact that her best friend is named Hunter and, well. . .he’s kind of (totally) hot. It’s hate at first sight when her fiancé, Jon, and Hunter meet. Jon’s convinced that Hunter is in love with Esme, and that Hunter must be out of the picture if their upcoming marriage is to succeed.
Esme thinks Jon is paranoid.
The truth is, Jon’s not that far off. Hunter is in love with his best friend and always has been. What Jon has wrong, however, is that Hunter never had any plans of ruining Esme’s happily ever after. Hunter wants what’s best for Esme, even if that’s not him.
When Jon pushes hard to end Esme and Hunter’s friendship, opposition comes from the most unlikely of places. It’s an eccentric lady with a cookie cart who suggests a different solution to Esme’s problem: Hunter and Esme should give each other a chance.
They’ve both thought of the possibility over the years—of course they have. But with a ring already on Esme’s finger and a heap of hurt feelings and broken trust in the mix, there hasn’t been a worse time to explore the depths of their feelings for each other.
Both Esme and Hunter think it’s time to move on and leave childhood crushes in the past. The question is: Can one woman and the taste of one cookie change their minds?
Note to Reader: This book is a "clean" read with mainstream values and minor language.

King of the Friend Zone by Sheralyn PrattSeriously I cannot even find the words to say how much I loved this book! The title is completely perfect for the book and poor Hunter who was the literal king of the friend zone! I could not for anything figure out why in the world that Esme would fall for such a loser like Jon who was a plastic surgeon who wanted to control everything all the time! This book was a frustratingly great read! I could not swipe through my kindle pages fast enough to figure out if Esme would ever wake up and see what was right in front of her face! Or if Hunter would ever get a clue and tell Esme how he really felt! Those two were the source of all my angst while reading this book! I could have thrown my kindle a time or two! But that is what makes the story so good! Pick up a copy and you will be so glad you did! I mean who doesn't love a lady named Pearl selling cookies for the price of one kiss? I have loved Pearl from other Power of the Matchmaker books and she was a hit in this one too! Read this book!!!!  I received a copy of this book for free, all thoughts and opinions are my own.