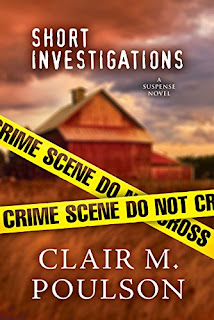 In the sleepy town of Heber, a strange 911 call is made to report an unthinkable crime: someone has murdered a woman . . . and her body has been found in Rhett Ketchum’s barn. Rhett, a well-known rodeo cowboy, is placed firmly at the top of the suspect list—the only problem is, he’s innocent. As officers search tirelessly for the evidence needed to lock him up, Rhett takes matters into his own hands.

Max and Patches Fisher are the father-daughter duo behind the unconventional PI firm Short Investigations, and they agree to undertake the task of proving Rhett’s innocence. Soon the list of suspects begins to grow, and Rhett feels a glimmer of hope—and an undeniable attraction to Patches. But when the officers on the case become targets themselves, it seems they may be the ones in need of protection. As events take a deadly turn, it’s up to Max and Patches to uncover the truth before time runs out.

I have been a long time fan of Poulson and his suspense novels. Hands down this was one of my favorite stories that he has written. I was trying to figure out whodunnit the entire time and I still wasn't 100% sure until the very end of the book. The suspense and action were well written and that was what kept me reading until the end. I felt like some of the conversation between characters wasn't realistic to the way people converse with each other in life. What they said was fine, but the way they were saying it just came off as weird. It bothered me enough that I am writing about it, but it didn't bother me enough that I couldn't finish reading the story. It says something about Poulson's story that I continued to read even though the conversations seemed inauthentic to how people speak to each other. So if you like murder mystery and suspense, this is a great story. 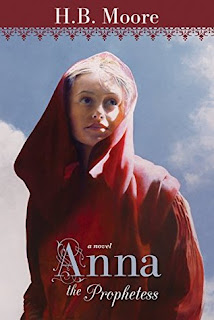 Anna the Prophetess is the dramatic chronicle of the only woman to be called a prophetess in the Gospels. When Anna’s great-niece Julia is exiled to Jerusalem as punishment for her refusal to marry a man old enough to be her father, Anna shares the story of her early days of courtship with her husband. Although Julia’s parents admonished her to observe firsthand how lonely Anna’s life is, Julia instead discovers that her great-aunt’s life is far from lonely—it is full of love, peace, and incredible faith. As Anna shares her unwavering testimony of the coming Messiah with her great-niece, these two faithful women are changed forever as they seek the Lord’s will in their lives and joyfully witness the long-awaited miracles of Christ’s birth.

I wasn't sure how I would like this book, I don't typically read books based on biblical stories.  I found myself pleasantly surprised by how quickly I was drawn to Anna and what a peaceful person she was.  I felt it exuding off the pages and found myself wanting to read more and more. She was like a calm and soothing presence I wanted to be around.  Which says volumes about the author's ability to translate a character's personality so well throughout the book. This book just made me feel good, it is like I cannot explain it. Just read the book, it will draw you in and keep you there until the very end!

The Roses of Feldstone by Esther Hatch, Blog Tour & Giveaway!!! 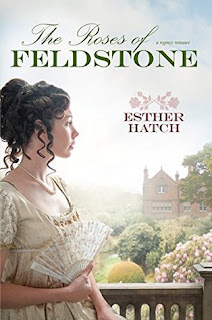 Standing before Feldstone Manor, site of so many happy memories, Rose Davenport feels nothing but dread. Her family’s annual visit to the stately home was once brightened by her friendship with the earl’s youngest son, William, but everything changed the day his elder brother was disinherited and William became heir to his father’s earldom. From that moment, William made it clear he has no interest in continuing an acquaintance with Rose. Heartbroken, she sets out to prove that she will simply not be ignored—or outdone—by the arrogant future lord of the manor. When his elder brother marries for love, William’s entire life changes in an instant. He does not have the same option to marry whom he chooses, and he must let go of the feelings he has harbored for his dear friend, Rose. He steels himself against her annual visits, determined to keep his feelings for her a secret. But when he makes the hasty promise to marry within six months, he never dreams that his actions will lead Rose to impulsively undertake the same challenge.

I absolutely loved The Roses of Feldstone! From the beautiful girl named Rose, to the roses that once adorned Feldstone Manor, the author beautifully builds a story of friendship and love like no other. I found myself piecing together the history of Rose and William, the used to be friends, now turned enemies it seemed. I wanted to understand how they went from besties to hardly being able to stand each other. There were so many misunderstandings, lack of communication and assumptions! But it made for a fantastic story that I just could not seem to stop reading. It had me mesmerized and I just had to know how everything would work out. Would Rose and William marry others? Would they ever be friends again? Would they be able to get past whatever was holding them back? Would and could they end up together? A wonderfully written regency novel, The Roses of Feldstone is a fun, clean romance that I would recommend to any friend!

a Rafflecopter giveaway
Posted by Books Are Sanity!!! at 1:30 AM No comments: