Interview with author Elizabeth Isaacs of The Kailmeyra Series!

I want to first thank author Elizabeth Isaacs for being so gracious to answer my questions.  I love her series of books, The Light of Asteria and The Secret of the Keepers!  I am a HUGE fan and am anxiously awaiting her third book in the series, The Heart of the Ancients, Kailmeyra's Redemption!  I highly recommend this series to anyone who likes YA fantasy novels!  On to the interview! 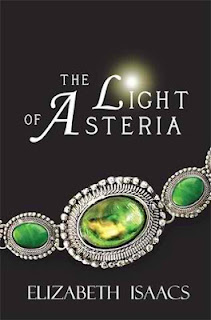 1.      Where did the idea come for the pure intent of Nora's thoughts?
Asteria was originally written as a gift for my daughter. I wanted her to understand that why we do what we do is more important than the action itself.

2.      Is there significance or inspiration for the name Asteria?
Asteria is from Greek mythology. Trying to escape Zeus’s advances, Asteria disguised herself as a bird, flew from Olympus, and plunged into the Aegean Sea to form an island. What originally caught my eye about her story was the fact that she left one world for another, and so I thought she’d be a good fit for the storyline.

3.      What inspired you to write about elves, fairies and unicorns?
I knew Gavin was something more than human, but it wasn’t until I was well into the first draft that I started exploring what that might be. When I researched various myths and legends, the Alfar just seemed natural. The sprites and unicorns showed up when the world building began. I can see Kailmeyra in my mind’s eye, clear as glass. I only hope I’ve found words that do it justice.

4.      Was there an inspiration for Edna and Malachi who played the roles of Nora's parents?
Edna is a compilation of three of the best women I’ve ever known. She has my mother’s name, my grandmother’s personality, and my great-grandmother’s physical appearance. As for Malachi, I have no clue. I knew he obviously had to be old, but his physique, his voice, and his mannerisms showed up in my head, diamond eyes and all. I’m sure the answer lies somewhere deep within my subconscious.

5.      Will Nora ever see Kate and Holly again?
I had originally planned to include them in the third book, but the storyline has taken a new twist and so, as of now, we will not see them again. I’ve been amazed at how many people ask about Kate and Hol, so much so that I’m thinking of writing a contemporary piece centered on them.

6.      Where did the idea come for the spider webs to be a protection on the windows?
Spiders fascinate me. Their webs are extremely strong, can actually help stop bleeding wounds, and some webs are practically heat resistant. It’s even said that spiders have no natural cause of death, and so theoretically if one kept a spider safe from harm they’d live indefinitely.  It only makes sense to me that if regular everyday spiders can do all that, Kailmeyra’s spiders could protect Nora and Gavin.
7.      Is there a real giant tree house somewhere that you used for inspiration for the one in the book?
Wouldn’t that be incredible? No, the Mighty Oak just appeared in my head.

8.      Where did the idea come for the soul stones?
I grow weary of the popular message that sex is no big deal. It is. It’s intimate. It requires vulnerability and trust. Allowing someone literally to share your body is giving them a gift, a piece of your heart. I wanted a way to represent that in the story, and the stone developed from there.

9.  Do you have plans or would you consider writing a prequel about Edna and Michael?
After the Kailmeyra series, I do plan on writing a novella about Edna’s one perfect day.

10.  Will the third book end the series?
Yes, I’ve always known the series will end with The Heart of the Ancients, Kailmeyra’s Redemption. But I’ve had so many emails about certain characters in The Secret of the Keepers, I’ve decided not to close the door on future projects. 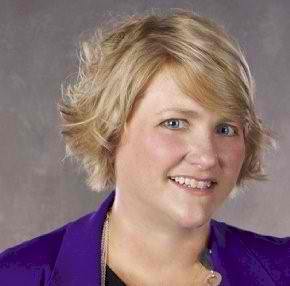 You can check out more about author Elizabeth Isaacs and The Kailmeyra Series on her website:

Or on her Goodreads page:

Be sure to check back here at my blog between May 25 and May 31st to enter for a chance to win one of Elizabeth Isaacs books!