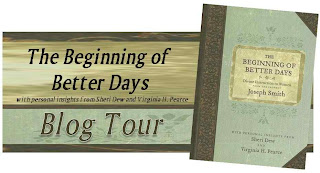 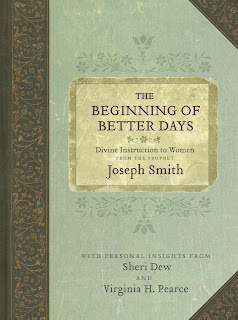 
How important are women in the restored church of Jesus Christ? We learn something about the answer to the question from a simple historic fact: In 1842, the Prophet Joseph Smith took time to attend several meetings of the Female Relief Society of Nauvoo and give personal instruction to the women there. He did this at a time of great personal turmoil, when persecutions were raging and his responsibilities were heavy. He did it at a time when society barely acknowledged women as having any kind of status at all. On six separate occasions, he taught the women personally about their privileges, their opportunities, their obligations, and the blessings the Lord had in store for them in His kingdom.
The Beginning of Better Days includes Joseph Smith's six timeless sermons to the women of Nauvoo, along with personal essays from Sheri Dew and Virginia H. Pearce that help us better understand the sermons and their relevance for Latter-day Saint women today. "We have attempted to share a little about our own processes of discovery regarding the sermons," writes the authors. "This is what worked for us. What works for you may be similar — or it may be completely different. The important thing is to dig in."

About the authors:
Sheri Dew is a native of Ulysses, Kansas, and a graduate of Brigham Young University. She has authored several books, including the biographies of two presidents of The Church of Jesus Christ of Latter-day Saints, Presidents Gordon B. Hinckley and Ezra Taft Benson. Her most recent books are God Wants a Powerful People and Saying It Like It Is. Sheri was named the president and CEO of Deseret Book Company in March 2002. She also serves as a member of both the BYU Marriott School of Management’s National Advisory Council and the President’s Leadership Council for BYU-Hawaii. In March 2003 the White House appointed her as a member of the U.S. Delegation to the Commission on the Status of Women and Girls at the United Nations.
Virginia Hinckley Pearce is the author of the bestselling book A Heart Like His: Making Space for God’s Love in Your Life, and has edited and coauthored several additional books, including Glimpses into the Life and Heart of Marjorie Pay Hinckley. She has served as a counselor in the Young Women general presidency and on the general Primary board of The Church of Jesus Christ of Latter-Day Saints. She and her husband, the late James R. Pearce, have six children and twenty-six grandchildren.
Check out the video here: