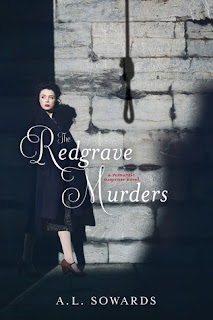 Loss is inevitable, as Evie Hampton knows all too well. But despite losing her mother to cancer and her older brother to a war, she knows she’s one of the lucky ones. After all, she still has her father, a distinguished professor of medieval history. And she has Gary Redhawk, the man she loves despite the emotional scars he carries from the Second World War—and despite her father’s opposition to their relationship.

When a freak accident sends Evie’s car careening off the road, she chalks it up to poor maintenance, or sheer bad luck making another appearance in her life. Little does she know a host of hardships is just beginning—the car was her father’s, and the brake lines were deliberately cut. Someone wants them dead—but why? All fingers point to Gary, a man with a troubled past and no solid alibi, but Evie is unwilling to believe he’s involved. Determined to uncover the truth, she begins to piece together a startling picture of deception and vice. But as she closes in on the truth, it is clear that someone is determined to silence her—and the next attempt on her life may be a deadly success.

You can connect with the author, A.L. Sowards here. 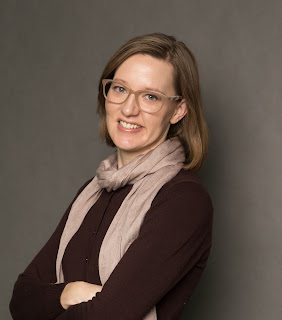 This book was a huge surprise to me and in a very good way. I didn't expect to become so completely engrossed in Evie's story and not only her relationship with her boyfriend Gary, but the murders that keep happening around her. As soon as I thought I had a part of the puzzle figured out, or I thought I knew who was behind it, the Sowards would throw another curve ball my way. This is a true whodunit and kept me on my toes and page turning until the very end. I highly recommend The Redgrave Murders to any mystery/suspense fan, you will not be disappointed!

Popular posts from this blog

Book Summary: To fulfill her mother's last request, twenty-four-year-old historic design specialist Catherine Pressley-Coombes travels to England in order to investigate an elusive family line. Armed with an illegible diary, she is determined to discover the identity of her mysterious ancestress. Distracted by an Elizabethan manor and unused to British country roads, Catherine runs her car into a ditch. Luckily, Nick Davidson, a handsome, hard-working local rides in on his tractor to save the day. As the down-to-earth manager of his family's estate, Nick also happens to be one of England's most eligible aristocrats. Nick is certainly not the kind of man Catherine would fall for a man dogged by media and rumor. So why does she find the English lord so irresistible? Even though she can't overlook their differing values and beliefs, as she and Nick spend time together, their attraction deepens. While she battles through romantic turmoil, Catherine is beleaguer
Read more

Not Dead Yet by Traci Hunter Abramson, Blog Tour & Giveaway! 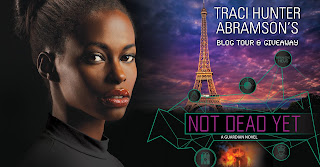 Book Summary: Cassidy Edgemont has been dead for four years. At least, that is what the world has been led to believe. After becoming unwittingly entangled in a group called the Coalition, known for using fake news to generate political unrest in the United States, Cas was offered a devastating choice: stage her own death and join her rescuers, the guardians, or risk the wrath of the organization she betrayed. She chose death. As an invisible government operative, Cas has been living in Paris with no complications—until her family pays an unexpected visit to the European city, changing everything. They think Cas is dead, and she has to keep it that way. But when a bomb is detonated nearby and fake news incites riots in the city, Cas recognizes the mark of the Coalition. Donovan, a fellow guardian, is summoned to join her in Paris to attempt to untangle the intricate web linking Cas’s past with the recent bombings. But as the threat level escalates, Cas must again make an impossible d
Read more 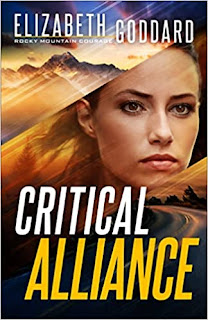 Book Summary: Mackenzie Hanson's special set of skills opened the door to a successful career as a professor of cybersecurity at a Michigan university, allowing her to put her criminal past behind her. But when a long-ago partner in crime delivers a cryptic message about her father's tech company being under cyberattack, she heads for Montana to secure exposed assets, close security breaches, and hopefully save lives. Diplomatic Security Services special agent Alex Knight is back home in Montana to decompress from a mission gone wrong. But even as he's trying to relax, he's drawn into another mystery, complete with suspicious deaths, lethal threats, and whispers of espionage that all have one thing in common--a beautiful cybersecurity expert with a dark past. When the situation turns deadly, Alex and Mackenzie will have to work together to find the answers they need--before someone silences Mackenzie for good. USA Today  bestselling author Elizabeth Goddard weaves a ta
Read more